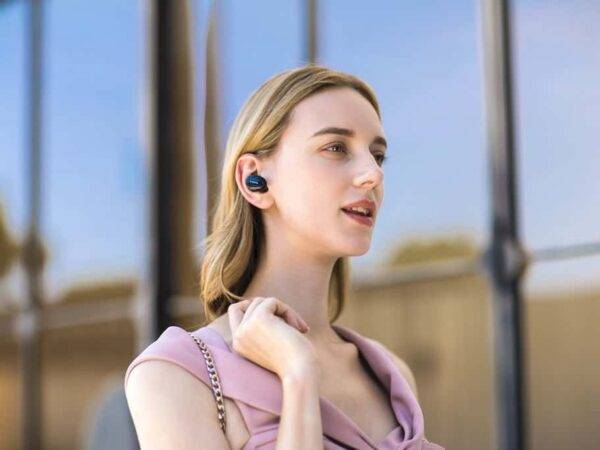 Editor’s brief: If you are familiar with the Chinese music scene, Jay Chou comes on top as a popular music genius who dominates much of the Asia Pacific market. His song “Love Confession 告白氣球” is probably by now one of the most iconic songs for engagements and marriage proposals around the APAC region. As one of the leading music creators, his ear for sound and music is legendary, and so his close association with the 1MORE brand is surely fascinating to watch. Recently, 1MORE launched what is claimed as the first dual driver active noise cancelling (ANC) true wireless in-ear headphones in the Singapore market. Read more below.

Hybrid active noise cancellation – Be the master of your surroundings

The new 1MORE EHD9001TA has two levels of hybrid active noise cancellation with three-way ANC/ENC microphones, allowing you to gain complete control of your surroundings. ANC Level 1 calls for total noise cancellation (filters out unwanted noise up to 35 dB), an ideal mode to be in when you are on a flight. ANC Level 2 surpasses ambient noise (up to 20dB), a mode perfect for your daily commute. In addition, there is also the “pass-through” function, that allows ambient noise to be let in. This is a nifty mode for when there is a need to hear surrounding traffic clearly, like when you are riding a bicycle for example.

A dedicated DSP (Digital Signal Processor) analyses and adjusts the sound waves real-time to provide a well-balanced and natural sound so you can get immersed in your favourite music.

1MORE’s meticulously crafted hybrid dual driver earbuds are expertly tuned by Luca Bignardi, 4-time Grammy award winning sound engineer, for a fully-balanced soundstage even with the ANC function turned on. The combination of one dynamic driver and 1MORE’s patented balanced armature results in crystal-clear sound quality that isn’t sacrificed even with ANC turned on.

1MORE EHD9001TA is equipped with the latest QualcommTM chipset, compatible with Bluetooth® 5, aptXTM and Advanced Audio Coding (AAC). What this does for the new earbuds is provide a fast and stable connection with lower power consumption. Even in places with tremendous signal interference like airports or train stations, so you can stay connected with your music without missing a beat.

Another interesting detail is the earbuds will pause current playback automatically once the built-in infrared sensor detects it is removed from your ear for enhanced convenience. You would never have to miss a single beat in your playlist ever again.

On top of that, the 1MORE EHD9001TA is further powered with fast charging functionality, enabling the ANC earbuds primed for an additional 2 hours of use with only 15 minutes of charge time. Say goodby to long charge times and hello to more music! The earbuds can give you up to 22 hours of total play time, and 65 hours on standby.

Ergonomically crafted earbuds with 45° oblique angled nozzles, the 1MORE EHD9001TA earbuds are meticulously designed to be worn for extended hours, without putting strain to your ears, making it fatigue- free. Additional pairs of ear tips and ear hooks of different sizes are included to help you find the right fit.

Not just the fit of the earbuds, the 1MORE EHD9001TA buttons on each earbud are also carefully positioned to give you easy control over volume, song selection, phone calls, and voice assistance. The intuitive touch control enables you to filter through different ANC levels and pass-through.