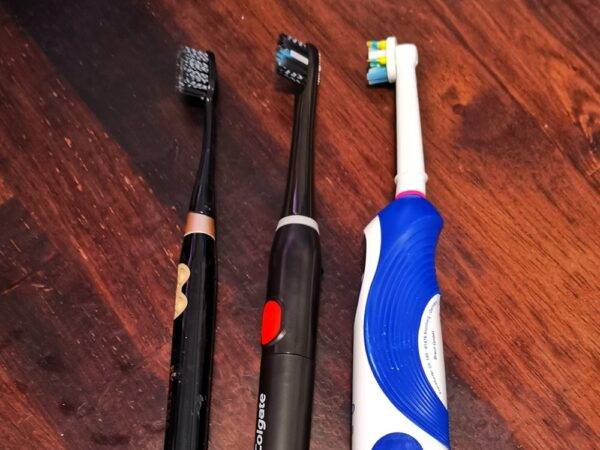 Then with regular to travel to Japan, I was looking at the options of electric toothbrushes in Japan. The typical Japanese electric toothbrush typically was sonic rather than rotary, using high-speed vibrations instead. My first purchase was a Systema one. Later, I upgraded to the Systema Black from Lion, a faster sonic model.

The caveats on the ProClinical compared to the Oral B is its construction – the ProClinical 150 feels slightly flimsier in design. The ProClinical’s power switch feels like it should be closer to the middle to facilitate usage, rather than the farther location it is on the brush handle. But other than that, no complaints.

There are many smartwatches today, from many name brands from different operating system camps. However, many of these smartwatches drain...

Editor's brief: If you are a music enthusiast who believes in creation more than just listening, then you know there...

If you are someone who wants to make short films and vlogs with your smartphone, perhaps it is time to...

Editor's brief: Yes, we are all familiar with the acoustic guitar we played as college kids (or younger). We would...

Editor's brief: Not every Japanese restaurant needs serve traditional miso or shoyu ramen, or cold soba. There are other variants...

Have you tried one of those pricey Japanese fruits yet? The Amanatsukan is just one of those. (more…)