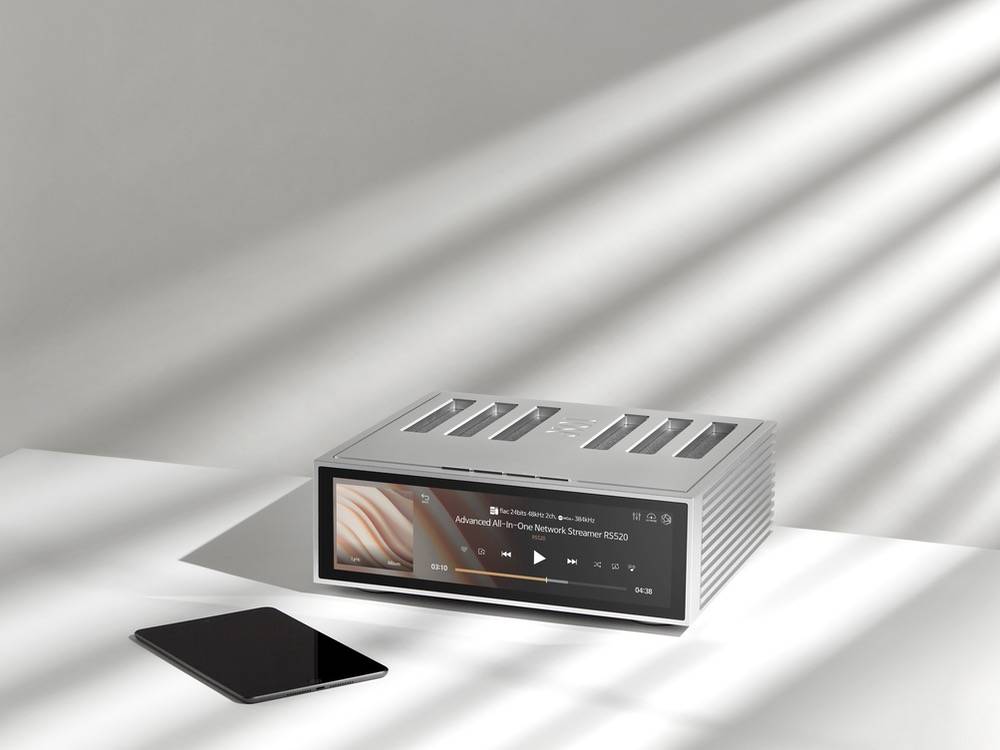 Editor’s brief: When you are into hifi audio, you are often either wearing huge headphones with wires, or perhaps sitting in the center of a large room, with sophisticated speaker setups to literally surround you with skin piercing sound. However, for some, having the ability to listen to hifi audio without wires, streaming such audio to different devices, tapping on Internet-based services such as Tidal and Spotify, then a music streamer might make sense. There are many variants of streamers, from near-approachable prices to those meant for connoisseurs, including the likes of Bluesound, Cambridge Audio, Naim, Technics, and many more. The South Korean brand HiFi Rose has just such a product, the latest RS520. The HiFi Rose RS520 runs its Android-based Rose OS, with a flagship DAC and amp, a large legible display absent from many competing streamers, Tidal, Qobuz, Apple Music, radio, podcast support, etc. Read more below.

SINGAPORE – HiFi Rose, the state-of-the-art HiFi media player brand based in South Korea, has announced the latest addition to their product lineup – the RS520. An advanced all-in-one network streamer amplifier, the RS520 provides listeners with top-notch audio quality and seamlessly satisfies all the conditions of performance, design, and convenience.

RS520 consolidates the main functions of existing all-in-one streamers into one chassis based on Rose’s unique design, know-how, and functions accumulated over many years. Along with a built-in network player, Digital to Audio Converter (DAC), and amplifier, every aspect of the RS520 is engineered for high-quality sound. Internally, key functions are split across separate boards with individual power feeds for optimised operation.

Its usage of the latest ES9038PRO flagship DAC chip alongside an ultra-precise FetoClock allows for optimised conversion and signal handling. Similarly, in the IV circuit, HiFi Rose has employed their brand new discrete operational amplifiers to deliver a sound with a wide sense of space and warmth. In the 250W per-channel power amplifier stage, the same industry-leading Class AD technology found in the RA180 amplifier is used in the RS520.

Four surfaces of the RS520’s elegant housing are made from a singular piece of high-durability 6000 class aluminium, reducing the number of separate parts required to produce its casework. In adopting this “one piece” production method, it dramatically reduces the risk of vibrations transferring through the body and significantly reduces standing-waves, which can affect the end sound quality.

Like all Rose streamers, the RS520 is identifiable by its large multi-touch screen on its front—measuring 12.6” wide with a 1920 x 515 resolution LCD panel. It provides a crystal-clear display that is smooth and enjoyable to interact with for complete control of your listening experience. For ease of use, core transport controls can also be found on top of the RS520.

At the centre of the RS520 is Rose OS, HiFi Rose’s Android-based operating system, opening up a world of music and video to your streamer. Rose OS allows users to play music and video files from a local storage device (USB, MicroSD or SATA), or access files elsewhere on their home network with a DLNA connection to any NAS drives or other storage devices. The Music app gives a clean presentation of all your connected music sources and is easy to navigate and use. Rose OS also features built-in apps for Tidal, Qobuz and Apple Music – giving complete access to their extensive streaming libraries.

The Tidal app even gives access to the service’s music video streaming content for playback on the RS520 screen or via the HDMI output. On top of this already impressive feature set, the RS520 is also an MQA decoder, for full playback of Tidal Masters tracks. Elsewhere, the CD and CD Ripping apps allow you to attach any standard external CD-ROM drive for convenient CD playback, or to rip CDs in highest-quality to any local storage device in a quick and intuitive way, all through the touch-screen interface.

The Radio and Podcast apps give you access to extensive live radio and podcast databases, while Rose Tube gives you access to YouTube for music and video playback. Rose OS also offers support for Roon Ready, Spotify Connect and AirPlay, effectively bringing your entire digital audio experience into one elegant system.

In addition to offering extensive music access, Rose OS is also engineered for high-performance sound. The Rose Audio Architecture within Rose OS can deliver pure audio data to a DAC without loss, thanks to the RoseAudioServer, developed in-house by HiFi Rose to utilise various signal processing technologies. These technologies effectively separate the audio data from all other processes required to run the OS, meaning the audio signal is never affected when you are controlling other aspects of the RS520.

The HiFi Rose RS520 retails for S$5999 (including GST) and is immediately available at AV One (av1group.com.sg) and all AV One showrooms.