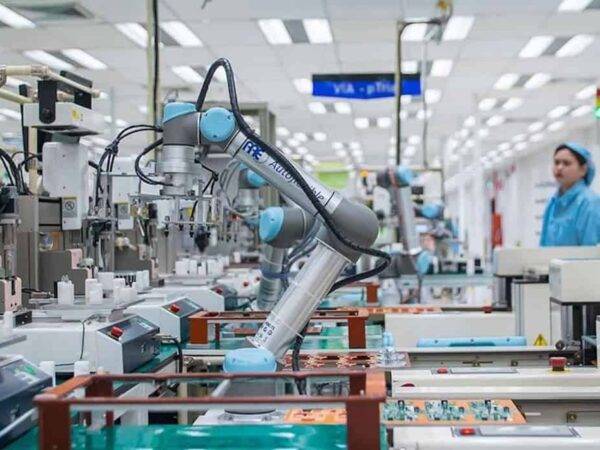 Editor’s brief: One of the shining stars of industrial automation with a fast-growing segment of robots known as collaborative robots (cobots), Universal Robots, has seen a new leadership appointment. Kim Povlsen, an embedded IoT engineering talent and most recently VP of global technology strategy from industrial engineering giant Schneider Electric, has joined Universal Robots as President. Povlsen earned a Masters in Electronic Engineering and Computer Science from Syddansk Universitet – University of Southern Denmark. Read more below.

SINGAPORE – Teradyne, Inc. (NASDAQ:TER), today announced that Kim Povlsen has been appointed President of Universal Robots. Povlsen, brings global executive leadership from a high-tech and commercial perspective and will lead Universal Robots’ next stage of growth and innovation. Kim begins his new role at Universal Robots on March 1, 2021.

Kim has held various executive business and technology leadership roles at Schneider Electric, a global energy management and automation company. Most recently, he served as Vice President, Strategy & Technology, responsible for the technology strategy and execution within a multi-billion dollar global organization. Kim lives in Aarhus, Denmark, and holds a master’s degree in Computer Science & Embedded Engineering from the University of Southern Denmark.

“I have been impressed with Universal Robots for some time” said Kim. “To me, the company represents the pinnacle of innovation and potential and I was thrilled to be approached for this unique leadership role. The company not only pioneered the category of collaborative robots, created an ecosystem of partner technology solutions and a vast global distribution network to serve customers in their varied industrial automation needs, it also has the potential to fundamentally reshape automation across the global economy. I really look forward to working with, learning from and being part of the great people at Universal Robots.”