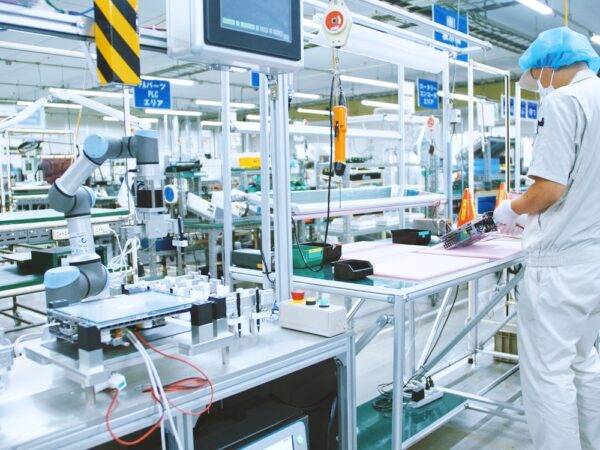 Editor’s brief: In the technology world, 17 years is a long time. Many technology companies have come and gone in a matter of months. However, 17 years is also a short time, especially when you are talking about hardware innovations that require significant research and effort to make things happen. Universal Robots (UR), the Danish collaborative robots (cobots) company, celebrated its milestone recently with 1,000 employees worldwide. Read more below.

SINGAPORE – Universal Robots, the biggest company in a fast-growing Danish robotics hub, has become the cluster’s first organisation to reach 1,000 employees – one of only a few Danish companies founded in this millennium to hit this milestone.

Since its first collaborative robot (cobot) was launched in 2008, Universal Robots has grown to be a global market leader in cobots with offices in more than 20 countries worldwide. The company’s success is reflected in the growth of an entire robotics cluster, meaning Denmark is now home to more than 400 robotics companies and making the Danish city of Odense one of the leading robotics hubs in the world.

Kim Povlsen, President of Universal Robots, comments: “This is an historic milestone for us, and we are proud of how we have evolved from being a local startup in the basement under the university to becoming a global cobot pioneer and market leader. Above all, it shows that we have a fantastic product and that many companies around the world can see the benefits of using our robots to develop their business.”

Universal Robots started in 2005, when three young researchers – Esben Østergaard, Kasper Støy, and Kristian Kassow – from the University of Southern Denmark were frustrated by how the robots of the time were heavy, expensive and complicated to use. This gave them the idea to create a robot that is flexible, safe to work with and easier to install and program.

Since then, Universal Robots has developed a range of cobot products, most recently adding the new UR20 to its portfolio, and has sold more than 50,000 cobots worldwide.

As Universal Robots has thrived, so too has the Danish robotics scene, centred around Odense, a city of 200,000 people. The number of people employed by Danish robotics companies is forecast to reach 23,000 by 2025, while total revenues from the industry are already more than €2.8 billion.

During the past year, Universal Robots has hired more than 200 employees to ensure the company is ready to realize the enormous growth potential that lies ahead.

Kim Povlsen adds: “From the outside there is, quite naturally, a lot of focus on the product and the technology. But the tech does not just arise by itself. It’s about having the right people on board, and at UR we have some exceptionally skilled and innovative employees who are able to constantly push the boundaries of what can be automated and how easily it can be done. If people 10 years ago could have seen what cobots can do today, they would have been amazed. Looking forward, the same should be the case in another 10 years’ time. Making it easier to solve ever more complex automation tasks is a very motivating goal. All over the world, there will be an increasing need for automation in the coming years, and it will be driven by several different things: a desire to protect employees from dangerous and monotonous tasks; reshoring, where companies move production closer to home in response to an uncertain world; and above all, a shortage of labour which will only get worse in the coming years.”

Kim Povlsen is optimistic about the future: “We have a new generation of cobots on the way, with the UR20 being the first model, and our own figures show that we have only reached approximately two per cent of all potential customers worldwide. So the potential is enormous and while we celebrate the journey we’ve been on today, our eyes are firmly set on the future.”