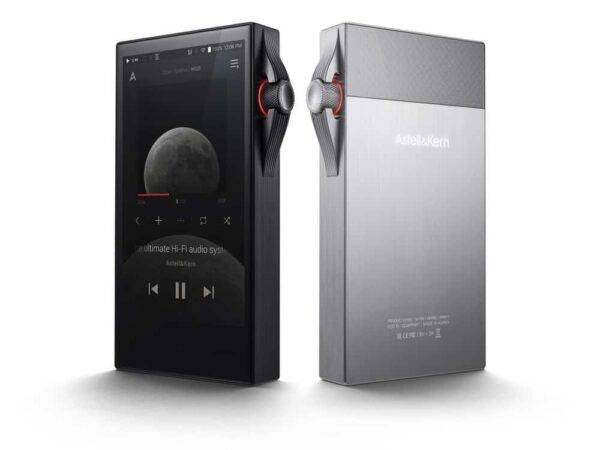 Editor’s Brief: One of the most coveted names in hi-fi audio players, Astell&Kern, unveils its new SA700 portable high resolution audio player, with a visual tribute to one of its own classics, the AK120. It is not just about nostalgia, but about form and function, aesthetics and performance, in a typical Astell&Kern iconic and minimalist style that you want to hold in your hands whole day. Read more below.

SINGAPORE – Astell&Kern, a global leader in portable, high-resolution audio players, announces the launch of Astell&Kern SA700, a tribute to one of its original players. The new SA700 is a reinterpretation of the first generation AK120, a player that established Astell&Kern over seven years ago.  First launched in 2013, the AK120 was the first portable player in the world to feature Dual DACs, leading the success story of Astell&Kern with its outstanding space and clear sound.

Astell&Kern SA700 — Past meets present
The new Astell&Kern SA700 portable high-resolution audio player is the perfect example of “Past Meets Present”. With the latest Digital-to-Analog Converter (DAC) and amplifier design technology, the SA700 is nostalgia for the brand to the classic design look of the AK120, but delivers a deeper and more robust sound, providing users with new sound experiences.

Building on the classic design of the AK120, the SA700 features an intuitive volume wheel that allows users to experience the evolution of Astell&Kern’s signature analog design. Inspired by string bridges, the protection ridges and LED lighting around the volume wheel combines to create a classic and lively experience.

Not just a regular volume wheel
The LED on the volume wheel goes beyond simple visual effects and serves as an intuitive indicator of information about the song being played and the volume level. Depending on the bit depth of the song currently being played, the LED will light up in different colours of red, green, blue, and purple, and depending on the volume, the colour saturation of the LED changes as you raise or lower the volume with 150 levels of colour intensity. The display will feature a Graphical User Interface (GUI) that embodies the red and orange colours symbolic of Astell&Kern.

The SA700 is the world’s first digital audio player that includes the latest technologies such as dual AK4492 DACs, 32bit/384kHz PCM, and native support for DSD256 playback.

Pricing & Availability:
The Astell&Kern SA700 is available in Singapore for S$1,999 (MSRP) in December 2019, and retails at AV One, Connect IT, E1 Personal Audio, Jaben, Lazada Singapore (https://www.lazada.sg/shop/av1group), and Stereo Electronics.