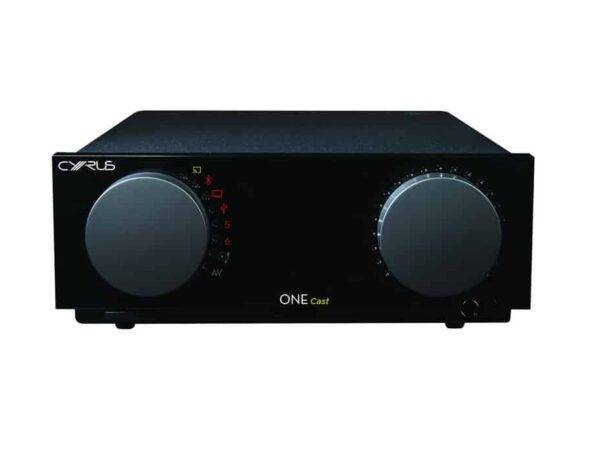 Editor’s Brief: We live in way too complicated times, and way too many technologies, even household and entertainment technologies, seem to be increasingly designed for geeks rather than enthusiasts. However, Cyrus promises that its ONE Cast is made to be easy to use with passive speakers and smart devices working happily and harmoniously together. Read more below.

SINGAPORE — Cyrus Audio Ltd today announced the launch of the ONE Cast Smart Audio System, a smart amplifier that allows you to turn any pair of speakers into a modern, high-performance Smart Music System.

The latest member of the award-winning Cyrus ONE family, the ONE Cast fully embraces the freedom and usability of the smart speaker, but offers the additional flexibility and audiophile performance associated with a dedicated hi-fi system. ONE Cast connects smartphones, HDMI televisions, tablets, and smart devices such as the Apple HomePod, Amazon Echo/dot and Google Home.

Smart Voice Control with no compromise

The first product of its kind, the ONE Cast is designed to work with all three major voice assistants: Google® Assistant™, Amazon® Alexa™ and Apple® Siri™.

The ONE Cast can also be controlled directly through all major music streaming apps, without the need for a separate dedicated app. When controlled either by voice or a streaming app, the ONE Cast connects directly to the music service provider to wirelessly receive high-resolution audio files (up to 24/96), delivering an experience far superior to even high-resolution forms of Bluetooth® transmissions.

The built-in 100w per channel stereo amplifier uses Cyrus’ in-house designed ‘Hybrid Class-D’ technology to deliver impressive power and scale with the refinement and finesse that generations of Cyrus customers are accustomed to.

As well as the built in Google Cast™, Apple Airplay™, and Bluetooth, ONE Cast has a multitude of audiophile wired connection options:

“This is a world first – a product that marries true hi-fi with the usability of a smart speaker. The Cyrus ONE Cast can connect wirelessly to all your mobile devices, manage multi-room audio, and still possess all the latest wired connectivity options to optimise every source of music in your house, ONE Cast is the most versatile and powerful entertainment system on the market today,” said Simon Freethy, Managing Director, Cyrus Audio.

Availability
The Cyrus ONE Cast is available immediately at AV One exclusively, for S$2,599, inclusive of GST.